Penguin Random House, the publisher of hits including The Girl on the Train, Fifty Shades of Grey and Jamie Oliver’s cookbooks, has terminated its collective agreement with unions after talks aimed at protecting staff redundancy terms broke down.

The world’s biggest book publisher, formed in a £2.4bn mega-merger between the UK’s Penguin and German-owned Random House four years ago, informed staff on Friday that it was ending its agreement with Unite and the National Union of Journalists.

Insiders at the company said staff had reacted with “shock, horror and anger” after group CEO Tom Weldon ended decades of strong industrial relations by announcing it would no longer recognise the unions at its London sites, after management failed to agree redundancy terms with representatives. The publisher still recognises Unite at its Frating, Grantham and Rugby sites.

The publisher, said to be responsible for about one in every four books sold globally, recorded a 23% rise in profits to a record €557m last year.

“Many of Penguin Random House’s authors and readers will be disturbed to hear about this turn of events,” said Fiona Swarbrick, NUJ national organiser. “By derecognising the NUJ and Unite, Penguin Random House has blatantly disregarded the views and wishes of its employees and has significantly damaged the good reputation of the business as being one which cares about people.”

Guardian columnist Owen Jones, whose book The Establishment was published by Penguin, was among the first authors to respond. He said: “Penguin: please urgently reconsider this decision and give the workers – who make your company the huge success that it is – the rights and protections that they deserve.”

In the email, leaked to the Guardian, Weldon told the 1,000-strong UK workforce of Penguin Random House (PRH) the move had followed the breakdown of discussions to bring all employees under one agreement. Claiming the company’s aim was to ensure “parity and equity for all London colleagues and ensure no groups of people are treated differently on account of where they are based or where they previously worked”. He added: “I am sorry to say we have not been able to reach an agreement that achieves this, and as a result our formal relationship with Unite and NUJ in London has come to an end.”

An employee, who wished to remain anonymous, told the Guardian: “Tom’s generally liked and respected, but people feel utterly betrayed.” The employee added that union numbers had started to climb when the news broke.

Historian Antony Beevor said: “If Penguin Random House is really planning to break existing agreements to reduce redundancy payments, especially at a time when the group is far from suffering financially, then this development is deeply disturbing.”

A high-profile children’s author, who wished to remain anonymous, said: “We’d all like to imagine that publishers hold themselves to higher standards than banks and sweatshops, that they strive to represent the best philosophical values of society and treat their employees with respect. When this no longer holds true, we are all poorer.”

Unite said the company had effectively proposed levelling down redundancy payments for Penguin staff. Louisa Bull, Unite regional officer, vowed it would fight the action. “This is the thin end of the wedge that could lead to further erosion of pay and terms and conditions for staff,” she added. “PRH will suffer enormous reputational damage if they plough ahead with these misguided plans.”

Following the £2.4bn merger between Penguin and Random House three years ago, management wanted one agreement across both businesses. Penguin has a long reputation as a good employer, with pay, terms and conditions above generally low standards across the industry. Its agreement was negotiated originally by former owner Pearson, which retains a 47% stake in the publishing house. Under it Penguin staff made redundant are entitled to three months pay, plus a month for every year employed with no cap on the maximum payment.

PRH management demanded the clause be dropped but, the unions said, offered no concrete alternative beyond that required by law. Though no written terms had been in play on the Random House side of the business, it had been unwritten policy to match the Penguin terms, but with a 12-month cap on payments.

Under the revised terms, the unions said staff would have no guarantee of a more than a minimal payout should they lose their job. “Management didn’t make a single compromise in negotiations,” an insider told the Guardian. “What they proposed would leave people with a week per year of service limited to £479 for a week’s pay and a 20 year cap. Those who have been there less than two years are left completely unprotected.”

The news came as a blow to employees, some of whom have clocked up more than 30 years service at Penguin, which was set up in 1935 by Allen Lane who pioneered paperback publishing in order to get cheap books to the masses.

Suspicions that the publishing house was squaring up for a fight with the unions grew in September when Neil Morrison, PRH director of strategy, culture and innovation, served three months notice on existing collective agreements across the divisions, which also includes Pearson and Dorling Kindersley employees. However employees at these two divisions have not had their redundancy payments revised.

“We don’t know what is driving this,” Swarbrick said. “We have just settled pay negotiations and, as far as we know, no further redundancies are planned. Dropping this now is incredibly bad: it’s Christmas; this is the book trade; people are working incredibly hard because it is the busiest time of the year.”

Though the unions have not ruled out strike action, they plan first to restore the union agreements through the UK’s Central Arbitration Committee, the statutory body that adjudicates trade union recognition and collective bargaining. To do this more than 10% of the workforce must belong to unions and a majority of the workforce demonstrate their support. Membership is already well above that level and signatures are already being sought to ensure this process goes through.

A PRH spokeswoman said: “Historically Penguin Books and Random House have had different relationships with the Unite and NUJ unions in our different London offices. Now that we are one company, we have been in discussions with Unite and NUJ to try to bring all Penguin Random House employees in London together under one new agreement to ensure no groups of people are treated differently on account of where they are based. We have been negotiating with the unions for over three months since the start of September.

“Disappointingly, we have not been able to reach an agreement that achieves this and as a result our formal relationship with Unite and NUJ in London has come to an end. There is no change to individual employee’s terms and conditions.”

Children’s authors David Almond, Michael Rosen and Meg Rosoff are among more than 140 writers, booksellers and librarians who have signed a letter calling on Penguin Random House to reinstate relations with two trade unions after talks broke down last week. 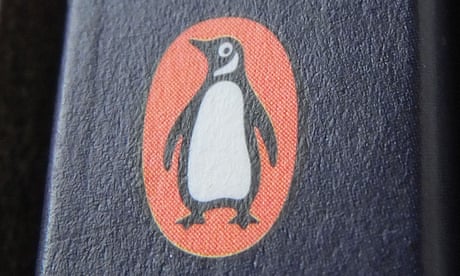 The move came after the publisher of George Orwell, Jamie Oliver and bestsellers Fifty Shades of Grey and Girl on a Train terminated its formal relationships with Unite and the National Union of Journalists on Friday. The decision affects the publisher’s London-based headquarters and includes editorial, production, sales, marketing and publicity staff.

When the news broke on Friday, historian Antony Beevor, whose bestselling book Stalingrad was published by Penguin in 1998, told the Guardian: “If Penguin Random House is really planning to break existing agreements to reduce redundancy payments, especially at a time when the group is far from suffering financially, then this development is deeply disturbing.” Guardian columnist Owen Jones, whose book The Establishment was published by Penguin in 2014, said: “Penguin: please urgently reconsider this decision and give the workers – who make your company the huge success that it is – the rights and protections that they deserve.”

Author Alan Gibbons, who organised the letter, said: “When Sir Allen Lane established Penguin, it was part of a democratic impulse to empower people through access to reasonably priced literature. The trade unions are part of the same democratic impulse, giving working people the right to negotiate on equal terms with their employer. To retreat from the idea of collective bargaining is a backward step.”

Citing the support she has received from Puffin, a Penguin subsidiary, Cassidy said: “I didn’t think twice about signing the protest letter and I urge Penguin Random House to overturn this decision. It’s a development that scares and dismays me, and I can’t help seeing it as the thin end of a very nasty wedge.”

The world’s biggest book publisher acted swiftly to play down the dispute. In an email to staff on Monday morning, Tom Weldon, PRH group chief executive, denied the decision to terminate formal union recognition was over redundancy terms.

“The negotiations with the unions were never about changing anybody’s terms and conditions,” he said. Negotiations, he said, were about the implementation of a single collective bargaining agreement following the £2.4bn mega-mergerbetween Penguin and Random House, owned by German group Bertelsmann, four years ago.

Weldon added: “They were about achieving a new house agreement that reflected the combined Penguin Random House UK business (Penguin, Random House and Transworld) in London. This kind of agreement would have cemented the relationship between the unions and the company for the future.”

In a move to reassure Penguin staff, he described the unions’ claims as misleading. The unions had sought to extend Penguin staff’s enhanced redundancy terms across both sides of the business, Weldon said: “We did not accept this because this would have meant a broader agreement than the ones that previously existed. At no point did we … propose to reduce the terms and conditions of any employee. Our view was that an agreement could be signed without these new terms included.”

The unions responded with an email to staff thanking them for support and rejected Weldon’s comments. In a joint statement, they outlined the reasons why talks had broken down and said: “The union reps could not agree to remove these redundancy payment terms without the consent of our members, and it’s quite clear to us that the majority … did not want these terms to be removed.”

In response to Weldon’s claim that the door had never been closed on discussions, the statement added: “Yes, the door is still open for discussions, but only if our proposal includes the removal of the written terms of payment.”

Authors were unimpressed with PRH’s position. Michael Rosen told the Guardian: “Penguin is a large company concerned with the free circulation of ideas, part of what Émile Zola called the ‘republic of letters’. Free trade unions are part of the world which believes in that. If the Penguin company want to be known as flag-bearers within the republic of letters, they should of course allow all their employees to be members of trade unions and to negotiate with union representatives.”

Signatory Mary Hoffman, citing Robert Tressell’s The Ragged-Trousered Philanthropists and its theme of workers’ rights at the turn of the 20th century, said: “I can’t believe that workers are still having to fight the same battles over a century later. Ironically, the Modern Classics edition of this work is published by Penguin, I hope the bosses will all read it over Christmas.”