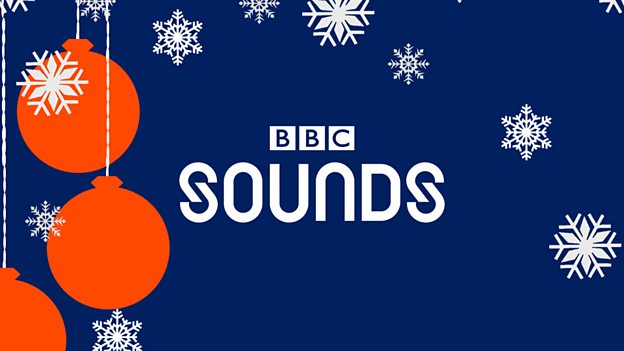 Highlights include: His Royal Highness The Prince of Wales discussing his lifetime passion for music in Private Passions; new festive music mixes from Matt Lucas, Little Mix, Cheryl and others; new podcasts, including Dustin Lance-Black on surrogacy; a series of rare interviews – some previously unheard – with music’s biggest icons including David Bowie, Bob Marley and Madonna; and a new podcast which lifts the wig on UK Drag Culture.

Bob Shennan, Director of BBC Music and Radio, says: “BBC Sounds lets us bring seasonal cheer to everyone in a new way, through an unparalleled mix of world class on-demand audio – from podcasts which tell us something about the world to music that moves us. Since launch there have been over five million weekly plays with people listening to more than two million hours. For the first time this Christmas and New Year listeners can indulge in box set specials as well as festive podcasts and music mixes on BBC Sounds.”

Podcast listening reached a record high in 2018, with more than 29 million downloads of BBC podcasts in the UK in October. Some of the BBC’s most popular podcasts have Christmas specials, including:

On Boxing Day BBC Radio will wish listeners “Happy Box Set Day” to mark the back catalogues of programmes and podcasts available on BBC Sounds for on demand listening. Listeners can enjoy box sets of radio programmes such as the Best Of Live Lounge, Wise Women interviewed over Christmases past, as well as comedy and dramas such as Tinsel Girl, Small Scenes and Curious Under The Stars. The first 15 stories in our new classic stories series – 100 pieces of classic short fiction available over the next few months on BBC Sounds – will be available as a box set and will include Christmas stories from F Scott Fitzgerald, Hans Christian Andersen and The Brothers Grimm.

Special programmes include: His Royal Highness The Prince of Wales on Private Passions to mark reaching 1,000 editions. The programme, in which he discusses the importance of music in his life and chooses the music he is passionate about, will be exclusive to BBC Sounds on Boxing Day. On the Food Programme Nigella Lawson talks about being a Christmas goddess, and David Attenborough features on Music Planet.

Over 20 new music mixes will be available on BBC Sounds this Christmas and New Year including:

RAW is a series of rare extended interviews with some of music’s biggest icons: Adele, Courtney Love, Bob Marley, Madonna, Iggy Pop, The Spice Girls, Public Enemy and David Bowie. Unearthed from the BBC Archive, portions of these interviews have never before been available to the public, and each episode is available exclusively on BBC Sounds on Boxing Day.

In the New Year listeners can look forward to new podcasts including Radio 1’s Drag Queen’s Den, with founder of Sink The Pink, Glyn Fussell, in which he is joined by well-known guests for chat about a weekly big topic and a journey around all aspects of UK Drag Culture. Must Watch is a TV review podcast with Nihal Arthanayake; and Worst Dates with Luke Franks and Arielle Free also starts in January.

Following the success in 2018 of investigative podcasts The Ratline, Death In Ice Valley and End Of Days, the next title in the same vein is The Hurricane Tapes. It investigates the brutal triple murder of three people in a New Jersey bar in 1966 for which the boxer Rubin ‘Hurricane’ Carter was twice convicted and twice released.

Throughout his 18 years of imprisonment he insisted he had been framed by a corrupt and racist police force. With the help of 40 hours of unheard recordings with Carter himself, The Hurricane Tapes details the fight by the boxer to clear his name and chases the truth of what happened on that infamous night.

A new nine-part drama series, Fall Of The Shah, tracks the downfall of the Shah of Iran in the late 1970s and the rise of a forceful new Islamic Republic. It is a panoramic account of a revolution whose effects still reverberate around the world and launches at the time of the 40th anniversary of the 1979 Revolution.