BBC Audio adapts The Sleeper and the Spindle 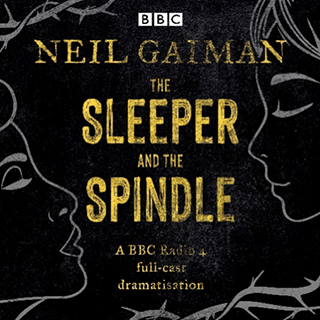 BBC Audio has announced a new adaptation of Neil Gaiman’s The Sleeper and the Spindle for BBC Radio 4. It will be broadcast on 26 December 2020, and released as an extended edition in digital download on 28 January 2021 followed by a CD in March 2021. The adaptation has a cast including Penelope Wilton, Gwendoline Christie, Ralph Ineson and Gaiman himself, who plays the role of The Home Secretary and provides an introduction. Katie Hims adapted it, and Allegra McIlroy produces and directs.

The Sleeper and the Spindle is a fairytale that merges Snow White and Sleeping Beauty: ” In a mountain kingdom far away, a young queen prepares for her wedding, believing her future is sealed. But when three dwarves bring news of a sleeping sickness sweeping across her realm, she knows she cannot stand by and do nothing. As a girl, she survived her own long, magical sleep, so she must try to turn back this new plague and save her people.”

Blackwell’s Books of the Year unveiled

According to Blackwell’s: ‘Exciting Times has been a firm favourite of booksellers since its publication in April and has a special connection with Blackwell’s. Dolan said “I love Blackwells and even edited parts of Exciting Times in the Broad St cafe during my time at Oxford, so this is a huge honour. Thank you so much to the booksellers for voting for me! The support means a lot.”

‘A Kind of Spark and Boy Parts are published by Knights of and Influx Press respectively, demonstrating the crucial role that small independent publishers play in keeping the literature scene vibrant and publishing new voices. Support from expert booksellers like those at Blackwell’s is key in highlighting these titles to readers. “This recognition from Blackwell’s is the most incredible Christmas present. I’m humbled and overwhelmed by the booksellers and their support of Addie’, said Elle McNicoll.

‘”I’m so honoured that my book Humankind is Blackwell’s Non-Fiction Book of the Year,’ said Rutger Bregman. He continued, “2020 has been an extraordinary year: both terrifying and hopeful. We’ve seen radical ideas, previously dismissed as unrealistic and unreasonable, move into the mainstream. We’ve witnessed the resilience of booksellers, those who spread the ideas that may be dismissed now, but might change the world tomorrow. It means the world to me that the wonderful people of Blackwell’s have picked my book Humankind as their non-fiction book of the year.”‘