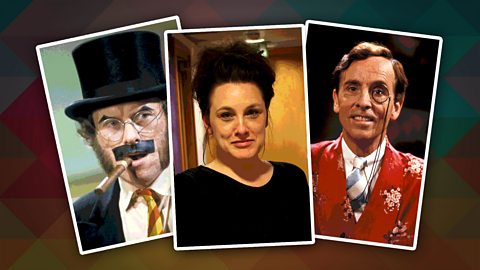 Frequency of Laughter | Radio 4 | From 18 October; available on BBC iPlayer Radio with over a year to listen and also available as a podcast.

The Frequency of Laughter is a six-part history of radio comedy, covering 1975-2005, presented by journalist and radio fan Grace Dent. In each episode she brings together two figures who were making significant radio comedy at the same time, and asks them about their experiences. This is a conversational history that focuses on the people who were there and the atmosphere within the BBC and the wider comedy world that allowed them to make great radio – or not.

This first edition features Graeme Garden and John Lloyd looking at radio comedy in the late 1970s. Graeme by this stage was an established figure, with his breakthrough show I’m Sorry I’ll Read That Again morphing into I’m Sorry I Haven’t A Clue, in addition to his work presenting Week Ending and as a panellist on shows such as A Rhyme In Time. John however had only joined the BBC Radio Comedy department in 1973, but he managed to make over 500 shows, co-creating The News Quiz#, The Burkiss Way and Quote Unquote as he did so, before leaving for television. Grace asks them about the atmosphere within the Radio Comedy department and within the BBC, and how ideas actually go on air; they share their memories of former Heads of Light Entertainment Radio (as it was then called) Con Mahoney and David Hatch; and they talk about the lack of women in comedy at that time. READ MORE