Bad English has always been with us, but clarity and style are far more important than observing dusty usage diktats 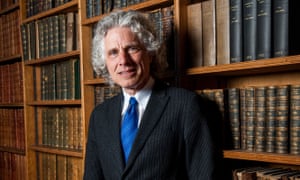 People often ask me why I followed my 2011 book on the history of violence, The Better Angels of Our Nature, with a writing style manual. I like to say that after having written 800 pages on torture, rape, world war, and genocide, it was time to take on some really controversial topics like fused participles, dangling modifiers, and the serial comma.

It’s not much of an exaggeration. After two decades of writing popular books and articles about language, I’ve learned that people have strong opinions on the quality of writing today, with almost everyone finding it deplorable. I’ve also come to realise that people are confused about what exactly they should deplore. Outrage at mispunctuation gets blended with complaints about bureaucratese and academese, which are conflated with disgust at politicians’ evasions, which in turn are merged with umbrage at an endless list of solecisms, blunders, and peeves.

I can get as grumpy as anyone about bad writing. But as a scientist who studies language for a living (and who has had to unlearn the bad habits of academic writing) I long ago developed my own opinions on why so much prose is so egregious.

Contrary to the ubiquitous moaning about the imminent demise of the language, this is not a new problem. Similar lamentations about the slovenly habits of the young and the decline of English have appeared regularly since the invention of the printing press.

Though bad writing has always been with us, the rules of correct usage are the smallest part of the problem. Any competent copy editor can turn a passage that is turgid, opaque, and filled with grammatical errors into a passage that is turgid, opaque, and free of grammatical errors. Rules of usage are well worth mastering, but they pale in importance behind principles of clarity, style, coherence, and consideration for the reader.

These principles are harder to convey than the customary lists of errors that get recycled from one traditional style guide to the next. The real problem is that writing, unlike speaking, is an unnatural act. In the absence of a conversational partner who shares the writer’s background and who can furrow her brows or break in and ask for clarification when he stops making sense, good writing depends an ability to imagine a generic reader and empathise about what she already knows and how she interprets the flow of words in real time. Writing, above all, is a topic in cognitive psychology.

It’s also a topic in linguistics. Is it an error to write: “No citizen should be under a cloud of suspicion because of what they look like?” What about “to boldly go where no man has gone before”, or “it’s you she’s thinking of”, or “entering the room, it was nice to see so many old friends”? Various purists, snobs, snoots, sticklers, traditionalists, and language police will declare that all of these are unconscionable insults to standards of excellence. But when pressed to explain why these errors are errors, all they can offer is the not-so-excellent response: “They just are.”

Linguists and lexicographers have long known that many of the alleged rules of usage are actually superstitions. They originated for oddball reasons, violate the grammatical logic of English, degrade clarity and style, and have been flouted by the best writers for centuries. At the same time, pointing out the illogic of many rules of usage does not mean blowing off rules altogether, any more than pointing out the unjustness of an archaic law implies that one is a black-cloaked, bomb-clutching anarchist. It just means that rules of usage should interpreted judiciously, with a sensitivity to their historical provenance, consistency with English grammar, degree of formality, and effects on clarity and grace.

For all these reasons, I have long recognised the need for a style guide based on modern linguistics and cognitive science. The manuals written by journalists and essayists often had serviceable rules of thumb, but they were also idiosyncratic, crabby, and filled with folklore and apocrypha. Linguistics experts, for their part, have been scathing about the illogic and ignorance in traditional advice on usage, but have been unwilling to proffer their own pointers to which rules to follow or how to use grammar effectively. The last straw in my decision to sit down and write the book was getting back a manuscript that had been mutilated by a copy editor who, I could tell, was mindlessly enforcing rules that had been laid out in some ancient style book as if they were the Ten Commandments.

The reaction to The Sense of Style has been gratifying. It won the International award from the Plain English Campaign and commendations from other clear-language advocacy groups. Copy editors have been good natured about it, and have invited me to speak at their annual meetings and do interviews on their websites. (I even enjoyed a gotcha! moment when an editor of the venerated Chicago Manual of Style used who’s in place of whose.) In the book, I had contended that academics should not blame their bad writing on publishing gatekeepers who, they mistakenly believe, insist on ponderous prose as proof of one’s seriousness. Indeed, the most positive review of all was from the editor of an academic journal who was fed up with the muddy prose in the submissions she had to deal with and commanded contributors to the journal to buy it. Other reviews provided plentiful quotations for the the opening pages of the paperback.

The only sour notes came from a handful of literary critics, and this fits a pattern. A New Yorker review sneered at my endorsing the use of an accusative pronoun as a complement to the verb be (as in It’s him), reiterating the hoary superstition that only It is he is correct, and adding the howler that he is the subject of that sentence (it’s not). As I explain in the book: both forms are correct, and have long been used in both literary and casual English, perhaps most famously in Woe is me, which should not be corrected to Woe is I. The two versions differ in formality, which is why it would be ludicrous to come home and greet one’s spouse with “Hi, Honey, it’s I!” or to ease the pain of a romantic breakup by saying: “It’s not you; it’s I.”

In short order I was gratifyingly defended by a number of linguists and language columnists (including Lane Greene, Oliver Kamm, Arnold Zwicky, and Ben Zimmer), who were incredulous that the New Yorker, which cultivates a reputation for assiduous fact-checking and meticulous attention to grammatical detail, could publish such a defiantly ignorant piece. I was not so surprised, because that magazine has a long history of publishing haughty dismissals of dictionaries and other works on language that are informed by modern linguistics. It goes back at least to the literary critic Dwight MacDonald’s hissy fit following the publication of Webster’s Third International Dictionary in 1961, and extends to an equally histrionic (and even more confused) review of The American Heritage Dictionary Fifth Edition (together with Henry Hitchings’s The Language Wars) by their dance critic Joan Acocella 50 years later. (I review these controversies here).

Why would the New Yorker (and a handful of like-minded literary critics) have such a problem with the seemingly congenial project of applying new scholarship to improving the clarity and grace of modern prose? My own theory is that their recoil is a symptom of what CP Snow called the “Second Culture” of literary intellectuals and critics. This value system builds in a pessimism about the current state of culture, a nostalgia for a more civilised past, a distrust of the innovations of the young, a rejection of the possibility of scientific and technological progress, and a paranoia about the incursion of science into the sacred territory of the humanities. But all this is a topic for another book.

I am, among other things, a descriptive linguist: a card-carrying member of the Linguistic Society of America who has written many articles and books on how people use their mother tongue, including words and constructions that are frowned on by the purists. But the book you are holding is avowedly prescriptivist: it consists of several hunded pages in which I am bossing you around. While I am fascinated by the linguistic exuberance of the vox populi, I’d be the first to argue that having prescriptive rules is desirable, indeed indispensable, in many arenas of writing. They can lubricate comprehension, reduce misunderstanding, provide a stable platform for the development of style and grace, and signal that a writer has exercised care in crafting a passage. Once you understand that prescriptive rules are the conventions of a specialised form of the language, most of the iptivist controversies evaporate.

More on The Sense of Style

“Pinker is a witty and personable guide, who just occasionally lapses into banality, as when he points out that you are likely to notice ways to improve your prose if you read it aloud or show a draft to a friend. Mostly, he handles even workaday matters with panache. A perennial strength of his writing is the shrewdly chosen example.” – Henry Hitchings
Read the full review 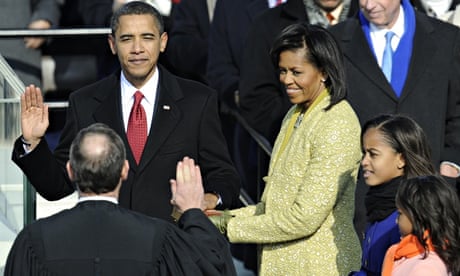 • Steven Pinker is the Johnstone Family Professor of Psychology at Harvard University and the author of 10 books on language, mind, and human nature.