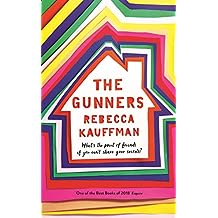 The Gunners were a gang of latchkey kids, six best friends and inseparable, until one day Sally stopped speaking to the others. Years later, Sally’s suicide forces the Gunners back together for her funeral and all have secrets they are reluctant to share….

Set in the very near future it is narrated by a young man named Kavanaugh and begins just as he is starting a two year stretch patrolling the Wall, a 10,000km structure which “protects” the UK against Others. The best thing that can happen to Kavanaugh is that he does his stint, survives and then gets off the Wall and never has to go back. The Others will come by boat, and the punishment for failing to kill Others who make an attempt on the Wall is to be put to sea yourself. Lanchester has created a terrifyingly convincing world, recognisably ours, yet irredeemably broken due to climate change and incendiary anti-immigration politics. When I interviewed him recently, Lanchester described it as “a story set in the world we are making”. The Wall is a powerful emotional read which is as gripping as any thriller. I kept thinking about it long after I turned the last page. 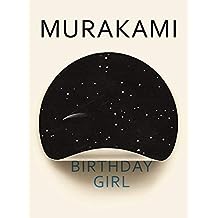 Published to celebrate Murakami’s 70th birthday, this tells of a Tokyo waitress who, on her 20th birthday, is asked to deliver dinner to the restaurant’s reclusive owner…. 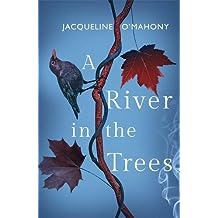 A River in the Trees

It is 1919 and Hannah’s peaceful life on a farm in West Cork is shattered by the Irish War of Independence, more so when her family start to hide rebel soldiers from the roaming Black & Tans. In 2019, Ellen feels a connection to her aunt Hannah, but why won’t anyone in the family talk about her?… 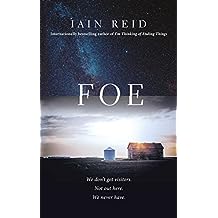 Long-married couple Junior and Henrietta live a quiet solitary life on their farm until the day a stranger arrives and informs Junior that he has been chosen to take an extraordinary journey, across time and space. 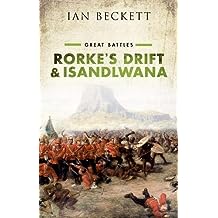 New account of Britain’s disastrous defeat at Isandlwana and its successful defence of Rorke’s Drift during the Anglo-Zulu War and the myths that arose from the conflict. Includes the overlooked Zulu perspective…. 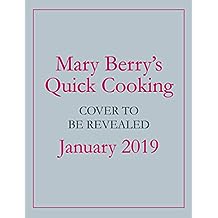 Tying into her new six-part BBC1 series which will see Berry travel the globe for inspiration to inform her studio-based chop and chat, this contains 120 new foolproof recipes for fast and easy dishes from Lamb Tagine and Aubergine and Lemongrass Curry to Limoncello Trifle. Now aged 83, she’s an absolute phenomenon…. 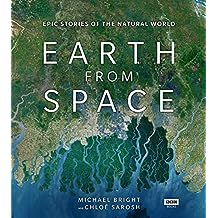 Accompanying a major four-part BBC series narrated by Sir David Attenborough, this lavish book provides astonishing vistas of our natural world as seen from satellites orbiting the earth, revealing our planet as we have never seen it before. It also includes the “intimate stories” behind the images, from following herds of elephants crossing the plains of Africa and turtles travelling on ocean currents, to the true colours of the striped bulb fields of Holland, the green swirl of a plankton super bloom which attracts a marine feeding frenzy, and the world’s largest beaver dam. I can hardly wait…. 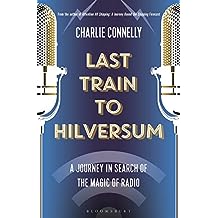 Last Train to Hilversum: A journey in search of the magic of radio

The author of Attention All Shipping returns with an exploration of radio’s place in our world that is part nostalgic reverie, part social history, part travelogue. He takes stock of the history of the medium and celebrates its role as one of our few shared national experiences…. 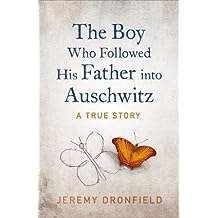 The Boy Who Followed His Father into Auschwitz

In 1939, Gustav Kleinman, a Jewish upholsterer in Vienna was seized by the Nazis, and sent to Buchenwald with his teenage son Fritz. Based on Kleinman’s secret diary and meticulous archival research, this is an extraordinary account of how their love for one another kept them alive through an unimaginably horrific ordeal. Rights have been sold across Europe and beyond, and Fritz’s brother Kurt, the only family member still alive, has written a foreword and will help promote. 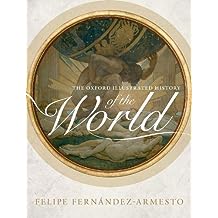 The Oxford Illustrated History of the World

The 200,000-year story of our world, from the emergence of homo sapiens to the 21st century, told by a team of leading historians. Among much else, it covers the interplay of ideas (good and bad); cultural phases and exchanges; collisions and collaborations in politics; successions of states and empires; the unlocking of energy; and the evolutions of economies. 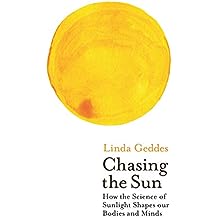 Chasing the Sun: The New Science of Sunlight and How it Shapes Our Bodies and Minds

“Bursting with original research”, the illuminating story of our long and complex relationship with the sun, from the emergence of life on earth, through to the present day, published at a time of peak SAD. Geddes explores what it means to lose our connection with the sun, and suggests we rethink its significance in our lives to improve our health, sleep and productivity…. 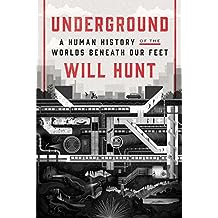 Narrative history of the world that lies beneath our feet. Hunt explores the Paris underground, the famous network of underground dwellings in Turkey, the hallowed caves of the Australian Outback and more. He also spelunks 8,000 feet into abandoned mines in South Africa with NASA scientists. 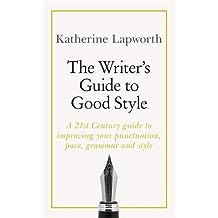 The Writer’s Guide to Good Style: A 21st Century guide to improving your punctuation, pace, grammar and style

Whether you are writing for personal or professional reasons, this writing guide contains not only the eternal rules of fluent style but also the latest rules for writing in the internet age, including blogging, chatrooms and even PowerPoint presentations. 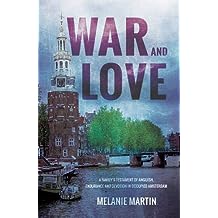 War and Love: A family’s testament of anguish, endurance and devotion in occupied Amsterdam

Extensive research of the author’s wartime history and first-hand witness testimonies from her immediate family led her to write this “extraordinary story of one Jewish family’s anguish, devotion and perseverance in wartime Amsterdam”, told from multiple viewpoints…. 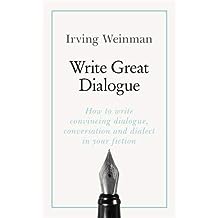 Write Great Dialogue: How to write convincing dialogue, conversation and dialect in your fiction

Including practical tips, exercises and expert advice, a “smart and comprehensive” guide to writing believable and authentic dialogue that will “help your book stand out from the crowd”…. 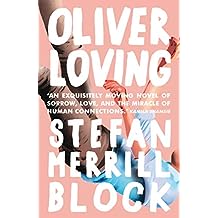 This is the story of a school shooting in a Texan town, and the shy, lonely teenager who has been in a coma ever since. Told from a mix of perspectives and times—Oliver, as the school dance approaches and he dreams of getting closer to the mysterious Rebekkah; his mother Eve, whose life has fallen apart in the 10 years since Oliver was shot—it’s an extraordinary novel about family and secrets. Block sees to the heart of teenage loneliness, and the heartbreak of a mother left with a son neither alive nor dead, as he slowly exposes the truth about the night of the shooting…. 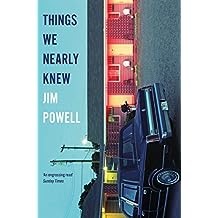 Fab, evocative jacket for this story of a couple who have run a bar on the way out of an American town for years, until the secrets which were buried years earlier come to light. 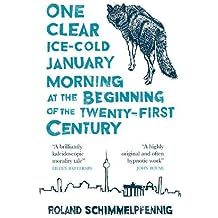 What a title! This is the first novel from Germany’s most successful playwright, a contemporary Berlin fairytale in which a wolf crosses the border from Poland to Germany and connects a series of disparate individuals. “The exhilarating narrative is wonderfully concise, and the imagery is intensely cinematic,” said the Guardian…. 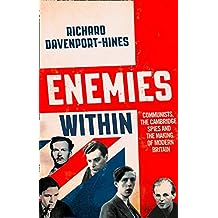 Enemies Within: Communists, the Cambridge Spies and the Making of Modern Britain

Recently released papers and documents contribute to this history of the influence of Moscow on Britain, called “rich, detailed and entertainingly irascible” by the Times…. 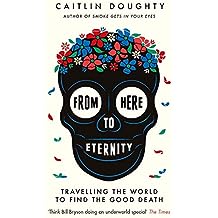 From Here to Eternity: Travelling the World to Find the Good Death

A practising mortician explores how other cultures care for their dead. A perfect quote from the Times: “Think Bill Bryson doing an underworld special.”… 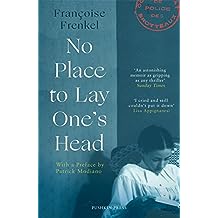 No Place to Lay One’s Head

A new entry into the genre of bookseller memoir, this is the first English translation of the story of a Jewish woman who opened a bookshop in Berlin before the Nazis forced her into hiding in France. A Radio 4 “Book of the Week” on its hardback publication, it received great reviews; the Sunday Times called it “astonishing… as gripping as any thriller”, while the Telegraph helpfully pinpoints its pedigree with a five-star review and a description as “a French equivalent to the anonymous A Woman in Berlin, and a non-fiction counterpoint, as it were, to [Irne] Nmirovsky’s Suite Franaise”. A preface from the French Nobel Prize winner Patrick Modiano…. 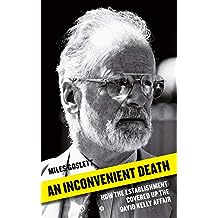 An Inconvenient Death: How the Establishment Covered Up the David Kelly Affair

An examination of the death of David Kelly, the expert on weapons of mass destruction, arguing that it was the subject of an establishment cover-up. 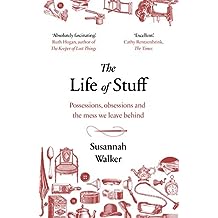 The Life of Stuff: A memoir about the mess we leave behind

How the author sorted through her mother’s house after her death, discovering how much she had hoarded. 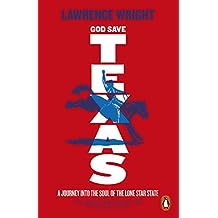 God Save Texas: A Journey into the Future of America

A portrait of the most controversial state in the US, by the author of the critically acclaimed The Looming Tower.