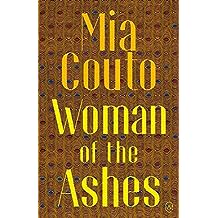 Woman Of The Ashes

Latest from the Mozambican writer, a finalist for the 2015 Man Booker International Prize, is set at the turn of the 19th century and follows 15-year-old Imani, struggling with her cultural identity as she is torn between her Vachopi roots and the occupying Portuguese. 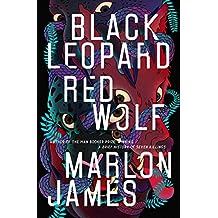 I’ve had nothing to read sadly, but the anticipation is sky-high for this, the follow-up to James’ Man Booker Prize-winning A Brief History of Seven Killings. It’s the first in the Dark Star trilogy, which follows the mystery of a lost child and a murder. Each novel will focus on one witness’ testimony, but none of the testimonies will match, and the reader must decide what is true. His new publisher, Hamish Hamilton, is billing this as “an ancient African Game of Thrones”, as it draws on African history and mythology, combining with a “gripping” mystery plot. Sounds amazing— and the jacket is gorgeous. 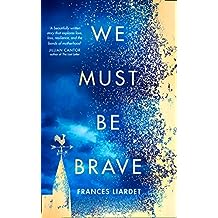 We Must Be Brave

December 1940, and in the chaos of the evacuation of Southampton, newly married Ellen Parr finds a little girl asleep at the back of a bus, seemingly abandoned, and takes her home. 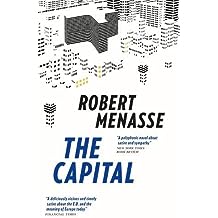 A bestseller in Germany, this satire of the EU Commission-in which the directorate-general for culture is tasked with organising the 50th anniversary celebrations of the commission-has at its heart a powerful pro-European message, says Maclehose. Publishing on the eve of Brexit, obviously. 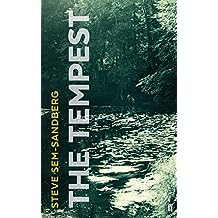 A man returns to his childhood home on a small island off the Norwegian coast to sort through the belongings of his late foster father, and uncovers the mysterious truth about his family’s past. From the author of The Emperor of Lies. “You don’t so much read Sem-Sandberg as stand in the fiery wind of his prose,” reckons Sebastian Barry…. 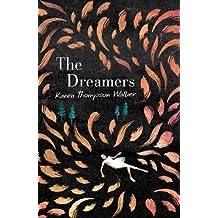 Long-awaited new novel from the author of The Age of Miracles (2012). In a college dorm in California, a student discovers she cannot wake her roommate who seems to be deeply asleep. The girl is taken to hospital, but soon the sleeping sickness spreads far beyond the campus to the local town. Nobody knows what the sickness is, or how to cure it. As with her earlier novel, Thompson Walker takes an unfolding catastrophe and explores its effects on individuals as
they struggle to continue with everyday life in the midst of the chaos. One for fans of Station Eleven…. 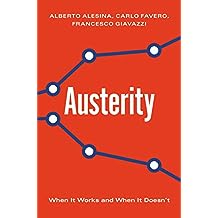 Austerity: When It Works and When It Doesn’t

This looks at thousands of fiscal measures adopted by 16 advanced economies since the late 1970s, and assesses the relative effectiveness of tax increases and spending cuts at reducing debts. 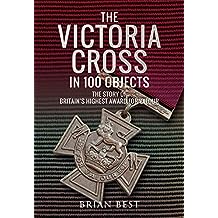 The Victoria Cross in 100 Objects: The Story of the Britain’s Highest Award For Valour

The illustrated book contains an “unparalleled” collection of objects relating to the history of the Victoria Cross, and recounts some of the remarkable acts of valour associated with it. 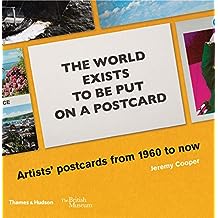 The world exists to be put on a postcard: Artists’ postcards from 1960 to now

Published in association with the British Museum and to coincide with an exhibition there, an alternative history of post-war art told through a unique collection of artists’ postcards from the 1960s to the present day. Includes examples by the likes of Gilbert & George, Mark Wallinger and Rachel Whiteread. 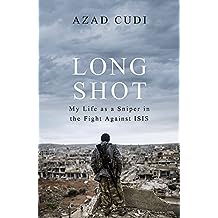 Long Shot: My Life As a Sniper in the Fight Against ISIS

Said to be the incredible inside story of a young man helping to build a new Kurdistan, and deployed as one of 17 snipers when ISIS besieged the northern Syria city of Kobani. Azad has since been granted British nationality as a political refugee, and this is ghost-written by award-winning foreign correspondent Alex Perry. 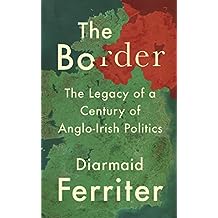 The Border: The Legacy of a Century of Anglo-Irish Politics

Irish Times columnist and regular Irish TV pundit charts the history of the Ireland-Northern Ireland border from the divisive 1920s Act through “the Troubles” and the Good Friday agreement up to today’s Brexit negotiations, and considers its possible futures. 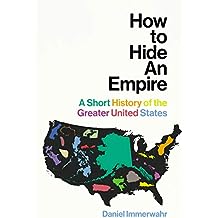 How to Hide an Empire: A Short History of the Greater United States

“Fresh, spirited and myth-busting” history of the Greater United States and its hidden empire, which overturns the idea of an anti-imperial America by focusing on US territories outside the US, including Alaska, Hawaii, the Philippines and Puerto Rico. Bodley is drawing comparisons with Niall Ferguson’s Empire and Tim Marshall’s Prisoners of Geography. 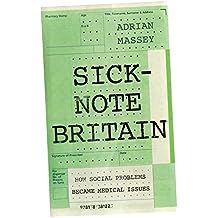 Drawing on over 20 years’ experience, the doctor author argues that our hyper-medicalised society has falsely equated sickness with illness, and sickness with unfitness to work. Sickness, he says, is primarily a social problem requiring social, not medical, solutions. 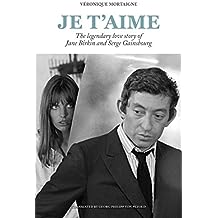 Timed to coincide with the 50-year anniversary of legendary banned song, “Je t’aime…moi non plus”, this “lyrical retelling of a relationship” draws on new interviews to explore the love story between Birkin and Gainsbourg and examines how their pairing expressed the spirit of the age. 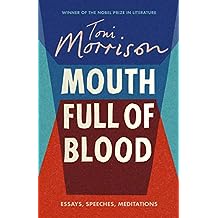 A Mouth Full of Blood: Essays, Speeches and Meditations

This collection of pieces by the author of Beloved and Nobel Prize in Literature Laureate spans four decades and addresses questions of race, gender and globalisation, the sweep of American history and the current state of politics. Includes her spell-binding prayer for the 9/11 dead and a meditation on Martin Luther King. 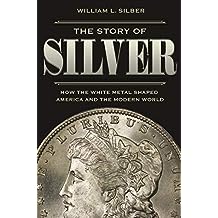 The Story of Silver: How the White Metal Shaped America and the Modern World

From Franklin D Roosevelt and Texas oil baron Nelson Bunker Hunt to Warren Buffett, how silver influenced 200 years of world history, and why it matters today. 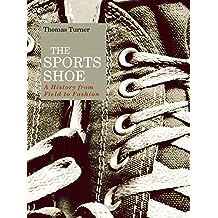 The Sports Shoe: A History from Field to Fashion

Said to be the first in-depth history of the sports shoe, which traces its rise from the Victorian tennis shoes of the 19th century to the Nike Air Max and beyond. Includes over 100 colour illustrations from vintage adverts to contemporary photography of sneakers both iconic and rare. 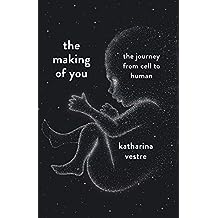 The Making of You: A Journey from Cell to Human

Translated from the Norwegian by Matt Bagguley, this gem of popular science writing reminded me of Gut by Guilia Enders. Vestre, an embryologist at the University of Oslo, has written a captivating and eminently readable account of the wondrous process by which a new human develops, from its first cell to its first breath outside the uterus. Among its catalogue of revelations: sperm have a sense of smell, some children have two sets of DNA, and that groove above your lip is a seam formed when sheets of skin fused together to become your face. 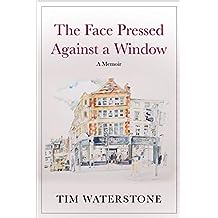 The Face Pressed Against a Window: A Memoir

“Evocative and candid” memoir in which Waterstone charts the key moments in the life of the bookselling chain he founded, along with his business philosophy. He also reveals the epiphany he had while studying at Cambridge which set him on the road to Waterstones and gave birth to the creative strategy that created the high street chain. 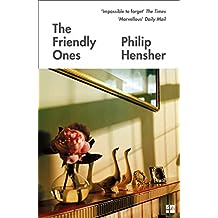 The story of two families who live next door to each other, and whose lives are brought together, was called “a future prize-winner that is easy to read and impossible to forget” by the Times. 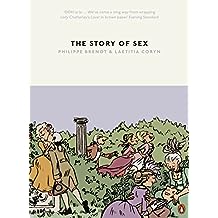 The Story of Sex: From Apes to Robots

The only history of sex in graphic novel form, this sold 6,000 copies in hardback and has been a bestseller in France. 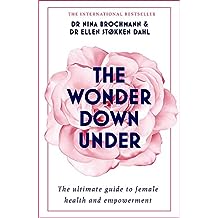 The Wonder Down Under: A User’s Guide to the Vagina

Everything you ever wanted to know about the vagina but were too afraid to ask. 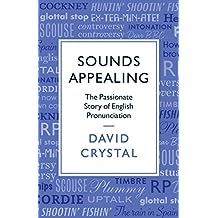 A focus on the subtleties of pronunciation and regional accents is the focus for the latest volume in Crystal’s series on the English language, which Profile says has sold 70,000 copies. 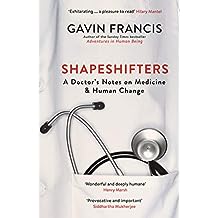 The author of Adventures in Human Being-which Profile says has sold more than 65,000 copies across print formats-tackles the transformations in mind and body which occur during a human life. 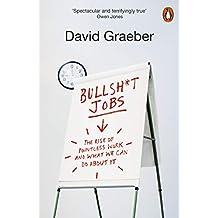 Bullshit Jobs: The Rise of Pointless Work, and What We Can Do About It

How people spend their days performing work they secretly believe is unnecessary-and what to do about it. 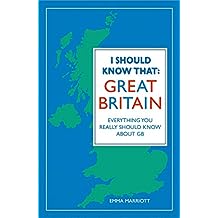 Should Know That: Great Britain: Everything You Really Should Know About GB

Inspired by the UK citizenship test, a guide to Great Britain. 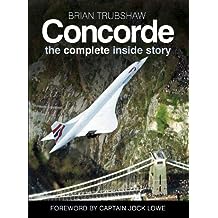 Concorde: The Complete Inside Story

The inside story of Concorde, published for the 50th anniversary (in March 2019) of Concorde’s maiden flight.