Said to be a powerful, unsettling portrait of ordinary family life in contemporary Cuba which is also a “masterful” portrayal of a society in freefall.

The manuscript is under lock and key in a heavily guarded vault somewhere, as this is, of course, the sequel to The Handmaid’s Tale.

The book is set 15 years after the van door slammed on Offred’s future at the end of The Handmaid’s Tale. The Testaments has three female narrators, who bring different perspectives on life in Gilead, but it is safe to suppose, according to Atwood’s editor at Chatto, Becky Hardie, “that life in a totalitarian theocracy is still very dark indeed for women-not all women, it should be said, but the vast majority”.

Hardie adds: “The Testaments has a different feel and scope, and a different drive and energy, from its predecessor. Atwood has truly expanded her world for us, and her legendary vision. She has created a novel for the world we live in today. It’s a phenomenal achievement and I just cannot wait for you to be able to read it and start talking about it.” Me neither: roll on 10th September.

A coming-of-age love story about two teenage boys in 1980s France, this is the first translation by Molly Ringwald, beloved star of 1980s teen film classics including “The Breakfast Club” and “Pretty in Pink”.

Lost in the Spanish Quarter

This tale of first love between two university students, who meet in the Spanish Quarter of Naples, is the launch title for HarperVia, a new HarperCollins imprint acquiring international titles for world English publication. Originally written in Italian, this was translated by the author, an American who called Naples home for 10 years.

Before the Coffee Gets Cold

A small Japanese cafe offers its patrons the chance to travel back in time—but they must return to the present before their coffee gets cold.

Avem Occidere Mimicam: To Kill A Mockingbird Translated into Latin

As a student at one of the last non-selective state schools to offer both Latin and Ancient Greek at GCSE back in the late 1980s, I would have enjoyed the opportunity to read this classic novel of race and class conflict, set in the 1930s Deep South, in Latin, alongside the exploits of Caecilius and company.

Inspired by the author’s family history of collaboration during the Second World War, this is set in Nazi-occupied Antwerp, where novice policeman Wilfried Wils finds his loyalties are fatally torn.

The latest from the Orange Prize-winner is a masterful tale of family, love, sacrifice, betrayal and the nature of “home”. In small-town Pennsylvania, Danny grows up in the splendid Dutch House with his distant father and his elder sister Maeve. His mother is absent and nobody speaks of her. One day his father brings home Andrea, soon to be his wife, whose presence will change Danny and Maeve’s future. They will be “drawn back time and again to the place they can never enter, knocking in vain on the locked door of the past.” Just stunning, do not miss.

The memoir of the former PM: 700+ pages. “Revealing the battles and achievements of his life and career in intimate and frank detail, [it] will be an important assessment of the significant political events of the last decade, the nature of power and the role of leadership at a time of profound global change.”

More Than Likely: A Memoir

The legendary comedy writers—creators of “The Likely Lads”, “Porridge”, “Auf Wiedersehen Pet” and much more—step out “in front of the camera” for the first time to describe with “immense flair and humour” both their creations and the famous people they have worked with, who include Marlon Brando, Richard Burton, Ronnie Wood and Iris Murdoch. 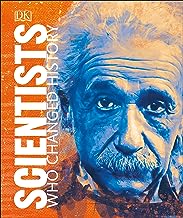 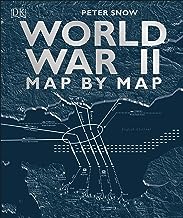 Over 100 specially commissioned maps feature in this Second World War history, published for the 80th anniversary of the declaration of war, and arranged in a “unique and dynamic” format. Alongside the maps, there are also timelines, narrative overviews and over 30 photo spreads which explore topics beyond the battles such as “America at War” and “Code Breaking”. Foreword by Peter Snow.

Hastings’ latest (his output is phenomenal!) is a brand new history of the Dambusters raid. He urges us to see the story in much more complex shades than as it was portrayed in the classic film, much of which is fiction (the new forthcoming film from Peter Jackson may also set that right). He also reminds us that more than 14,000 civilians perished in the floods that followed the bombing. 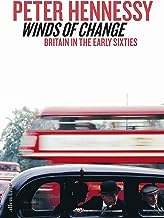 Winds of Change: Britain in the Early Sixties

This third volume of Hennessy’s post-war history of Britain, which “explains the political, economic, cultural and social aspects of our nation with inimitable wit and empathy”, takes on the 1960s and winds of change in our society, in our relationship with Europe, and in our nuclear and defence policy.

Best of Today: 60 Years of Conversations, Contradictions and Controversies

From the fall of the Berlin Wall, to 9/11 and the emergence of the Young British Artists, this commemorates 60 years of the “Today” programme through 60 world-changing stories, written as they were broadcast, covering war, rebellion, political transformations and significant changes in culture, society and in the scientific world. Introduction by the programme’s editor, Sarah Sands, with forewords by Nick Robinson and Martha Kearney.

A Beginner’s Guide to Japan: Observations and Provocations

Drawing on everything from Oscar Wilde to anime, the renowned travel writer with a “playful and profound” guide to the enigma that has been his adopted homeland for the past 32 years. He shows how it is both hauntingly familiar and the strangest place on Earth.

This celebration of Jewish food features more than 400 recipes for home cooking from this true fusion cuisine, including contemporary interpretations by well-known chefs including Yotam Ottolenghi, and icons denoting dietary restrictions and the number of ingredients. 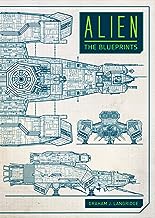 Large-format book featuring brand new blueprints of all the major vehicles, ships and technology of the Alien movie universe, including the Covenant, the lander and the cargo lifter.

Long Drawn Out Trip: A Memoir

The renowned cartoonist and designer tells his life story for the first time, from his childhood and early days at Punch and Private Eye, to his film-making at the BBC and famous designs for Pink Floyd’s “The Wall”. “Personal, wickedly funny and caustically insightful”, it is published a month ahead of Scarfe, a major illustrated book that will act as a retrospective of his artistic career.

A Year At The Circus: Inside Trump’s White House

“At the heart of Washington, there is a circus. It’s raucous, noisy and full of clowns.” The BBC North America editor takes us inside the chaos of Trump’s White House, detailing key moments and conversation that have unfolded within its walls. 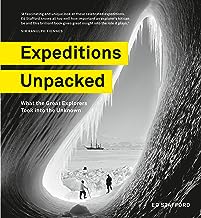 Expeditions Unpacked: What the Great Explorers Took into the Unknown

“Unique and fascinating” illustrated exploration of 25 great expeditions, seen through the lens of the kit they took with them.

The comedian and bestseller tells of how old-school Detective Mick Matlock is drawn into a world of sex, politics and reality television by a series of seemingly unconnected murders. Transworld says Elton will be in the UK for a 50-city stand-up tour in autumn 2019, with joint promotion for the paperback, and national rail advertising.

Meet Me at the Museum

Epistolary, following the correspondence between a woman in her sixties trapped in an unhappy marriage in East Anglia, and a widowed museum curator in Denmark. Tina first writes to the museum to enquire about its exhibit, the mummified corpse of the Iron Age Tollund Man; when Anders replies, they soon find themselves sharing increasingly deeper insights into their lives with each other, and supporting each other through crises.

The fifth volume in Ackroyd’s bestselling six-volume history of England. “‘It is Ackroyd’s depiction of an anxious society in the grip of rapid change -industrialisation, fast urbanisation, the impact of the railway and the electric telegraph-that is the most riveting… fascinating,” said the Times.

Stop Snoring The Easy Way: And the real reasons you need to

How to stop snoring and sleep better.

The Perils of Perception: Why We’re Wrong About Nearly Everything

Subtitled Why We’re Wrong About Nearly Everything, this is based on exclusive research across 40 countries, conducted by global polling firm Ipsos, and has sold more than 20,000 copies in hardback, says Atlantic.

There are recipes throughout this history of milk, Kurlansky’s first global food history since the bestselling Cod and Salt.

No Room for Small Dreams: Courage, Imagination and the Making of Modern Israel

The former Israeli president and prime minister’s account of the shaping of modern Israel.

Nearly 60,000 copies of this biography of Winston Churchill have been sold in hardback so far, says Penguin. “The best single-volume life of Churchill ever written,” said the Sunday Times.

The Vietnam War: An Intimate History

This book of the documentary shown on BBC4 is a New York Times bestseller.

Fear: Trump in the White House

The inside story on Donald Trump from the Pulitzer-winning writer, a Sunday Times number one and Observerbook of the year. Based on hundreds of hours of interviews with sources, as well as diaries, files and documents, it depicts “a White House awash in dysfunction, where Lord of the Flies is the closest thing to an owner’s manual”, said the Guardian. “The sheer weight of anecdotes depicts a man with no empathy and a pathological capacity for lying,” said the FT.

The Age of Surveillance Capitalism: The Fight for a Human Future at the New Frontier of Power

Profile says it has sold over 25,000 copies of the hardback of this look at how private companies and governments are tracking our behaviour online with the aim of predicting and controlling it-and how we can be the masters of digital, rather than its slaves. “Das Kapital of the digital age,” said the Times. “Magisterial,” said the FT. “The rare book that we should trust to lead us down the long, hard road of understanding,” said the New York Times. Zuboff will be in the UK in September.