Sequel to Call Me By Your Name-recently adapted into an Oscar-nominated film-with Aciman revisiting the complex lives of Elio and Oliver in the years after their first meeting.

Echoes of the City

Said to be a compelling portrait of postwar Oslo recovering from the German occupation from the award-winning Norwegian novelist and poet.

A young Irish engineer follows a woman to Berlin and begins work on the renovation of a building in Alexanderplatz. Set against the structural evolution of the sprawling city, this is a mediation on language, memory and yearning, says Head of Zeus.

Inspired by the little-known mission of carrier pigeons during the Second World War this tells of the National Pigeon Service whose mission was to air-drop hundreds of homing pigeons in German-occupied France.

First broadcast on BBC Radio 4 as an original commission, this imagines a dystopian future where rising sea levels have forced communities into vast population centres patrolled by armed wardens. Water is now a commodity, not a right. Jones won the 2017 BBC Short Story Award with “Cove”.

Cilka’s Journey: The sequel to The Tattooist of Auschwitz

The sequel to bestselling The Tattooist of Auschwitz-“a touching and redemptive tale of love and selflessness”, according to the Times Literary Supplement-which has shifted a hefty 835,714 copies to date through BookScan and was a particular hit for the supermarkets. This tells the story of Cilka who has survived Auschwitz-Birkenau concentration camp only to be charged as a collaborator after the war. She is sent to a Siberian prison camp where she faces challenges both new and horribly familiar and must find the strength to survive. Zaffre will bring Melbourne-based Heather Morris to the UK from 17th to 26th October to promote.

Home Work: A Memoir of My Hollywood Years

The announcement of this second volume of memoirs by the beloved actress generated much excitement. Picking up the story with Andrews’ arrival in Hollywood, it charts her movie-making career, including the personal stories behind such classics as “Mary Poppins”, “The Sound of Music”, “Victor/Victoria” and many others. Along with anecdotes about Hollywood and Broadway and fellow stars, Andrews also reflects on her working and life partnership with Blake Edwards.

The Body: A Guide for Occupants

“We spend our whole lives in one body and yet most of us have practically no idea how it works and what goes on inside it. The idea of the book is simply to try to understand the extraordinary contraption that is us.” Bryson spent three years researching this, his “magnum opus”, reading 2,500 books and interviewing doctors and scientists in the process. Each chapter considers a different part of the body, along with such subjects such as pain and cancer, through both science writing and “wry stories”.

Father of Lions: The Story of Mosul Zoo

This story of “human decency in the midst of barbarism” is that of Mosul Zoo, which miraculously survived during the years when Islamic State ruled the city thanks to its zookeeper Abu Laith-“Father of Lions”-and his family and helpers. They risked their lives and went hungry to keep the animals alive, and, in a final, heroic effort, smuggled them out of Iraq in a daring rescue operation.

Chang’s Wild Swans, published in 1991, remains among my favourite biographies. Her new book also stars a trio of extraordinary women, whose lives form the subject of the best-known modern Chinese fairytale-but they are little known to Western readers. Based on extensive first-hand research and interviews, as well as Chang’s experience of growing up in Maoist China, it’s the engrossing story of the three Soong sisters from Shanghai, each of whom played a crucial role in shaping modern China, witnessing war, revolution and seismic transformations along the way.

Ching-ling (Red Sister) married the founding father of the Chinese republic and later became Mao’s vice-chair. May-ling (Little Sister) married Chiang Kai-shek, and became first lady of pre-Communist Nationalist China, and a political figure in her own right; while Ei-ling (Big Sister) was chief advisor to Chiang. All three enjoyed tremendous privilege and fame, but also endured constant attacks and mortal danger as well as heartbreak and despair. And the relationship between the three sisters was highly charged, particularly once they embraced opposing political camps.

This Is a Book for People Who Love Hot Sauce

From sriracha to Tabasco, this “funny, feisty” stocking filler for the hot sauce lover in your life includes illustrated profiles of more than two dozen varieties of hot sauce, along with fiery facts and saucy asides.

“Candid and trenchant” first memoir by the veteran broadcaster, published to mark his retirement from the BBC. It covers his Cardiff childhood, his life as a journalist covering Watergate and apartheid South Africa, his time presenting BBC’s “Nine O’Clock News”, as well as his 33 years holding politicians to account on Radio 4’s “Today”. We also get Humphrys’ forceful opinions on the state of the nation, journalism and the media.

A Short History of London: The Creation of a World Capital

Based in part on his own experience of events that shaped the post-war city, Jenkins shows how London has taken shape over more than 2,000 years, from the prehistoric occupants of the Thames Valley, to the preoccupied commuters of today. “Fascinating for locals and visitors alike.”

In his only official autobiography, the music legend looks back on all the drama of his extraordinary life, from the early rejection of his work with song-writing partner Bernie Taupin, to spinning out of control as a chart-topping superstar, to half-heartedly trying to drown himself in his LA swimming pool, to disco-dancing with the Queen. He writes powerfully about getting clean after a drug addiction that gripped him for a decade, finding love and becoming a father. A massive campaign is planned, and the cover is splendid, too.

This third and final volume of Moore’s biography covers Thatcher’s last period in office and her combative retirement. It includes the fall of the Berlin Wall, which she fought for, and the rise of the modern EU, which she feared. It lays bare her growing quarrels with colleagues and reveals the truth about her political assassination. 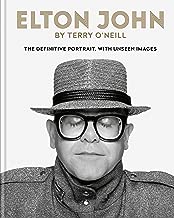 Fabulous photographic biography, including many unseen images by the celebrated photographer who worked with Elton John for many years. From intimate backstage shots to huge stadium concerts, we are promised the very best from his archive.

Eight Days at Yalta: How Churchill, Roosevelt and Stalin Shaped the Post-War World

Billed as a riveting and meticulously researched minute-by-minute chronicle of the February 1945 conference at Yalta between Stalin, Roosevelt and Churchill. It shaped the outcome of one war-and gave birth to another.

Playful and cutely designed collection of 365 extracts sourced from the British Library’s collections, encompassing eclectic works in literature, poetry, essays and letters, along with a myriad of curious imagery.

Your Voice Speaks Volumes: It’s Not What You Say, But How You Say It

Explaining why English has such a wide range of accents (and accent prejudice), the author, a professor of phonetics, draws on personal anecdotes and examples from the media to reveal the judgements we make about others’ voices without even noticing. 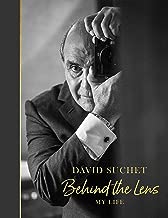 Behind the Lens: My Life

Throughout his stellar acting career, from Shakespeare to Poirot, Suchet has never been without a camera, enabling him to document his life in photographs. Combining behind-the-scenes images with “revelatory and engaging” commentary, he tells the story of his life and career, from his London upbringing to his views on religion. 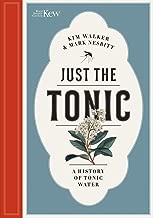 Just the Tonic: A History of Tonic Water

Most attractive gift book on the history of tonic water, including cocktail recipes both alcoholic and non, and illustrated with historical artwork and photographs.

The Penguin Book Quiz: From The Very Hungry Caterpillar to Ulysses

Which Haruki Murakami novel shares its title with a Beatles song? In Charlie and the Chocolate Factory, what is Charlie’s surname? What is Rachel Watson known as in the title of a 21st-century bestseller? Arranged in themed sections, 400 questions covering books from literary classics to modern bestsellers, and Antony Beevor to Zadie Smith.

The Bus on Thursday

This is the unsettling, dark and very funny story of Eleanor, who moves to a remote Australian town to work as a primary school teacher, only to find that things are very weird just below the surface. I loved it.

Dean Street is publishing the first 10 novels by another golden age mystery discovery, Brian Flynn. The novels were all published between 1927 and 1931, and the publisher says they are some of the rarest golden age novels out there, as many have never been reprinted since.

The Guardian of Lies

In the south of France in 1953 the fragile peace between the West and Soviet Russia teeters on a knife edge. When her older brother leaves to become an intelligence officer for the CIA in Paris, Eloise decides to follow him . . . with devastating consequences. From the author of The Survivors.

This Spanish bestseller tells of Berta and Toms, who meet when they are young in Madrid. But when Toms goes to study at Oxford, he catches the eye of the secret service. “A twisty, thought-provoking tale that puts notions of truth and morality under pitiless scrutiny,” said the Guardian. 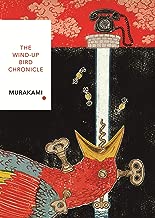 One of a set of beautiful new editions of the best Japanese writers on the Vintage list, following on from Vintage’s Russian Classics and European Classics series.

Radio Caroline: The True Story of the Boat that Rocked

A history of the pirate radio station Radio Caroline.

The actor’s memoir, from a lonely childhood to her success. “Beautifully written,” said the Sunday Times.

Capitalism in America: A History

The former chair of the Federal Reserve co-authors this history of capitalism in the US. The FT said that “readers will emerge from this heady blend of economic, business and political history with a sense of exhilaration that so much of the American experience could be described so vividly and insightfully”.

The Finance Curse: How global finance is making us all poorer

How global finance is making us all poorer, working for the few, not the many. “Hard-hitting, well written and informative,” said the FT.

A history of fabric, from the threads woven by the Greek Fates to the wrappings of Tutankhamun’s mummy. 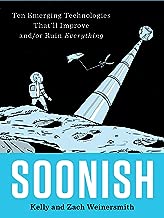 Soonish: Ten Emerging Technologies That Will Improve and/or Ruin Everything

A scientist and the creator of the popular web comic Saturday Morning Breakfast Cereal take an illustrated look at the technologies which will transform our future.