The four grown-up Essinger children gather in Austin, Texas, for Christmas in the ninth novel from one of Granta’s Best Young British Novelists, which explores the deep-rooted division between the world we grew up in, and the life we make for ourselves.

The eagerly awaited follow-up to her bestselling, magical 2011 debut The Night Circus, which was translated into 37 languages. It follows graduate student Zachary as he discovers a strange book hidden in the university library which tells of lost cities and lovelorn prisoners, and also—impossibly—a recollection from his own childhood. He follows the clues on the cover—a bee, a key and a sword—which lead him to a bibliophile masquerade party, and finally to a subterranean library hidden below New York, as he searches for the end of his story.

In a remote town in northern Norway, single mother Vibeken and her son Jon go their separate ways through a cold winter’s night. This has been widely acclaimed in the US: “Orstavik shifts from Vibeke to Jon with incredible dexterity, often jumping perspective from one paragraph to the next and, as their seemingly mundane nights progress, a creeping sense of dread builds… a magnificent tale.” So said Publishers Weekly, where it earned a starred review. 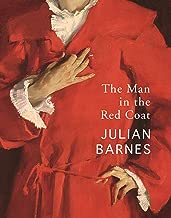 The Man in the Red Coat

In his third work of non-fiction, Barnes—long a passionate Francophile—takes us on a “wonderfully rich and witty” tour of Belle poque Paris through the life story of a man ahead of his time: Samuel Pozzi, a society doctor, pioneering gynaecologist and free-thinker, who was the subject of a John Singer Sargent painting, and had a “famously complicated love life”. 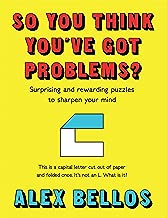 So You Think You’ve Got Problems?: Surprising and rewarding puzzles to sharpen your mind

The Guardian puzzle master and author of Alex’s Adventures in Wonderland returns with a collection of ingenious and satisfying puzzles drawn from across the ancient and modern worlds, including riddles, word problems, visual and logical conundrums. It will have you “imprisoned by a sadistic logician; thrown in an arena with a famished lion; and balancing along an ever-expanding elastic band”.

The author of 100 Things Successful People Do turns his attention to money in this guide to building and retaining wealth in 100 short chapters. 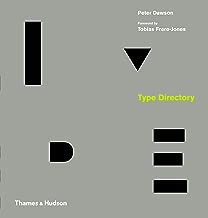 Billed as the ultimate visual encyclopaedia of type, it features more than 1,500 typefaces in a wide range of periods and styles, and examples of real-world applications by a selection of international designers.

The Puritans: A Transatlantic History

This “breathtaking work of scholarship” by an eminent US historian is a sweeping transatlantic history of Puritanism, from its emergence out of the religious tumult of Elizabethan England to its founding role in the story of America.

Improve your business writing with this compact guide that helps you develop a clear, direct, natural communication style that supports rather than obscures what you want to say. Also out this month by the same author, Essential Grammar for Business (9781529303469).

No Place to Go: How Public Toilets Fail Our Private Needs

Why are public toilets so crappy? Embarking on a toilet tour from London to San Francisco to Toronto, the Canada-based author takes an eye-opening look at how public toilets are letting us all down, and why this is a political, as well as a personal, issue.

A House in the Mountains: The Women Who Liberated Italy from Fascism

In summer 1943 Italy changed sides in the war; the Germansnow the enemyoccupied the north of the country. In the final volume of her quartet of books about resistance to dictatorship, the always marvellous Moorehead tells the story of four young Piedmontese women—Ada, Frida, Silvia and Bianca—who joined the Italian resistance and lived secretively in the mountains surrounding Turin, fighting, providing safe houses, laying mines and taking prisoners. An uplifting story of resolve, tenacity and exceptional courage.

Under the Covers: A Very Intimate History of Sex

The good, the bad and the surprising about sex in British history from the Middle Ages to the 20th century. Dispelling myths about chastity, the authors draw on new research to reveal a medieval church which licensed prostitution, monks administering “menstrual regulators” and the prevalence of LGBT+ communities.

Antimony, Gold, and Jupiter’s Wolf: How the elements were named

Capturing the development of chemistry and how the chemical elements were first isolated and identified, this tells astonishing, unusual and downright weird stories of the origins of the names of the elements. 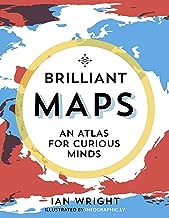 Which nations have North Korean embassies? Which region has the highest number of death metal bands per capita? How many countries have bigger economies than California? Who drives on the “wrong” side of the road? See the world anew with this atlas of culture, history, politics and miscellanea, compiled by the editor of the Brilliant Maps website.

A guide to the crime writer, part of the Inspiring Lives series.

It’s All a Game: A Short History of Board Games

A look at the history and psychology of board games, from Operation to Monopoly.

First You Write a Sentence.: The Elements of Reading, Writing … and Life.

An exploration of how to write well.