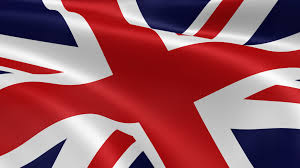 Anthologies of short stories published in the UK

Alligator and Other Stories

First short-story collection from the Syrian-born writer raised in the US, who now lives in Manchester, explores the many ways people can be displaced and made to feel “other”.

London-based indie Influx Press published Attrib and Other Stories by Eley Williams to huge acclaim, here’s another collection it is tipping for great things: one of short stories which draw on the human need to be in control, no matter what the cost.

Nine stories exploring the often unseen tenderness of black men and boys. “Not only heralds the arrival of a fully formed, entirely distinctive new voice, but reinvigorates the short story itself,” said the Observer.

A woman granted a superpower discovers it’s more trouble than it’s worth; a neighbour forum becomes the setting for a bizarre ghost story; and a harassed dad attempts the primary school cake competition.

Exquisite collection of short stories from the author of Multitudes and editor of Being Various. The unifying theme is the young women trying to find their place in the world. As a parent of young children, the opening story sent my heart plummeting into my stomach. She’s such a good writer.

Short-story collection which “draws back the curtain on the realities of modern China”. A brother competes for gaming glory while his twin sister exposes the dark side of the Communist government on her underground blog. A worker at a government call-centre is alarmed one day to find herself speaking to a former lover.

The Heartsick Diaspora, and other stories

Set in various cities around the world—Hong Kong, New York, London, Ipoh and Singapore—these stories explore the Singaporean-Malaysian diaspora and those who are torn between different cultures. “Full of verve and wit”, says Monica Ali.

Europa28: Writing by Women on the Future of Europe

Twenty-eight women from 28 countries share their vision for the future of Europe. Includes short stories and literary essays from contributors including Lela Slimani. .

The Book of Shanghai: A City in Short Fiction

Ten stories (ranging from crime to SFF) from writers associated with the single largest city in the world (over 24 million residents) once known as the “Paris of the East” and now China’s cultural capital.

A collection of short stories from the Northern Irish writer, “every bit as good as her early stories in the always astute Stinging Fly magazine promised”, said the New Statesman of this collection.

The Mystery of Henri Pick

A library in Brittany houses manuscripts that were rejected for publication, until young editor Delphine finds one so powerful she takes it back to Paris to publish it. The book is a sensation-but who is the mysterious author, one Henri Pick? First title in a new collaboration with Channel 4’s Walter Presents will be supported by a PR and marketing campaign.

Sorry For Your Trouble

New collection from the Pulitzer-winning writer tells of great moments in small lives. A group of middle-aged friends reunite for dinner when one loses her husband, but bitter revelations about their shared past emerge. A divorced suburban dad helps his daughter pick out a card for her friend who is moving away.

Aesop’s Fables: The Cruelty of the Gods

An illustrated, modern retelling of the classic fables. “A reminder that adult minds were originally the target of this litany of pocket-sized parables,” said the Sunday Independent.

Debut collection of interconnected short stories set on a fictional west London council estate. It examines the complex inner lives of working-class men struggling with the concept of masculinity.

A collection of stories set in modern Britain but inspired by Greco-Roman myth, the Bible and folklore, from the Samuel Johnson Prize-winning author of The Pike. “Hughes-Hallett uses myth to get at the shimmering violence underneath the dowdy trappings of little England,” said the TLS.

Hitting a Straight Lick with a Crooked Stick

With foreword by 2019 Women’s Prize-winner Tayari Jones, this collection from Hurston (1881-1960), one of the central figures of the Harlem Renaissance, is about love and migration, gender and class, racism and sexism. Includes eight “lost” and previously unpublished stories by “one of the greatest writers of our time”, according to Toni Morrison.

Billed as a “quirky and magical” collection, these stories were inspired by the author’s stint as a bookseller at Mr B’s Emporium in Bath: “I began to see how books become our ‘escape routes’ out of the ordinary world-out of drudgery, mundanity, out of set ways of thinking and our own emotional limitations.” She is also the daughter of Nobel-winning novelist Kazuo Ishiguro.

Fandango and Other Stories

Grin (pronounced Green) is one of Russia’s most enduringly popular writers, I’m told, although he remains little translated into English. To rectify that, Columbia University Press has brought together Grin’s best stories, which it claims are comparable to Robert Louis Stevenson and Edgar Allan Poe.

We Are Attempting to Survive Our Time

Collection of short stories from the reliably brilliant Kennedy, twice selected as one of Granta’s Best of Young British Novelists and winner of the Costa Book of the Year for Day. “Wry, caustic and unsparing,” says Cape. BookScan

Eight new stories from Kureishi in this well-reviewed collection.

A new collection of short stories from the winner of the Commonwealth Short Story Prize in 2014.

A Registry of My Passage Upon the Earth

Collection of “interlacing” tales of men and women facing the mysteries and magic of the world. A doctor is beset by seizures, in which he is possessed by a second, perhaps better version of himself. A telegraph operator finds an unexpected companion in the middle of the Amazon.

Selected short stories from the Northern Irish writer, shortlisted for the Booker three times and author of The Lonely Passion of Judith Hearne, published in advance of the centenary of his birth in 2021.

First UK publication for these short stories from cult Australian author Murnane, originally published from 1985 to 2012.

The Boatman and Other Stories

Twelve short stories from the Costa-shortlisted Irish writer spanning a century and two continents and exploring “the resilience of the human heart and its ability to keep beating even in the wake of grief, trauma and lost love”.

Prayer for the Living

A new collection of short stories from the Booker winner.

A collection of short stories from authors including A L Kennedy, Will Self and Lionel Shriver, put together by the director of the Pin Drop storytelling studio.

I Want To Show You More

This debut short story collection about infidelity, faith and family was called “passionate, sensuous, savagely intense and remarkable” by the New York Times.

A collection of nine short stories, united by a crumbling apartment building in Ukraine, which span the chaotic years leading up to and immediately following the collapse of the Soviet Union. “Brilliant and bitingly funny,” says Virago.

You Know You Want This

The short story collection featuring the record-breaking “Cat Person”, which became the New Yorker’s most read short story ever, with more than 2.6 million hits and counting. Published as You Know You Want This in hardback, the Times said that “‘it’s only a matter of time before you find yourself thumping someone’s dinner table vigorously as you discuss [this]… Roupenian’s latest tales are sexy, chilling and disturbingly gruesome in finest fairytale tradition”. HBO has greenlit the development of Cat Person and Other Stories into an anthology drama series. An eye-catching cover.

All The Little Places

The latest from tiny indie Blue Mark Books was written entirely on train journeys, and is billed as a “hauntingly descriptive poetic-prose tapestry of fairytale fragments”. 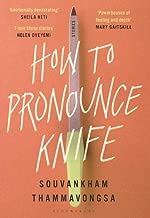 How to Pronounce Knife

Mary Gaitskill rates this debut collection-“poignant and deceptively quiet stories… powerhouses of feeling and depth”-from the Canadian poet who was born in a refugee camp in Thailand. She captures the day-to-day lives of immigrants in a nameless city, illuminating their hopes, disappointments, love affairs, and pursuit of a place to belong.

The Book of Newcastle: A City in Short Fiction

Next in Comma’s popular Reading the City series turns to “the original northern powerhouse”, with contributions from poets and novelists inspired by the city. Edited by the Costa Short Story Award-winning Readman, this will be launched at Books on Tyne: The Newcastle Book Festival.

Fifteen stories of women, from teenage to elderly, who are trying to be themselves while clowning around for others. At the centre of each story is a woman engaged in an act of self-preservation, says Myriad.

A debut short story collection about a young generation of Chinese Millennials, called “striking, soulful and ablaze with promise” by the Observer.

One of Barack Obama’s favourite books of last year, this collection of short stories follows a young man finding his place in Houston. “A stunning work of art from a young writer with immense talent and a rare sense of compassion, and one of the strongest literary debuts in several years,” said the US’ National Public Radio.

Reality-twisting stories about the human thirst for connection amid rapid technological advancement: a man is given a choice to have his trauma surgically removed; a mourning daughter brings her dead mother back as a hologram-but the source material isn’t quite right.