The independent chain was awarded International Bookstore of the Year this week. According to Readings’ manager Mark Rubbo, it’s all about community 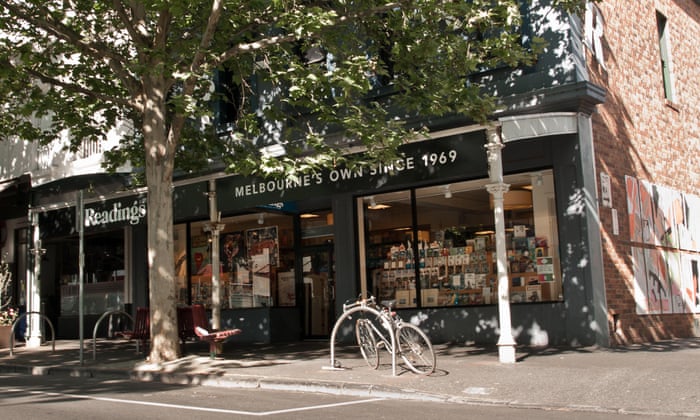 It was February 2011 when Borders Group collapsed, with the thundering crash of a retail giant. The Australian division was owned by the same parent company as Angus & Robertson, and both national chains went into voluntary administration. The local companies had a combined staff of 2,500. The book industry was shaken.

Pundits had predicted this, of course: online shopping was too easy, and physical books too burdensome. Bookshops couldn’t compete with eBooks and Amazon, and soon – like record stores – they’d all go bust.

Or so, at least, we thought.

“I thought that too!” laughs Mark Rubbo, when I pose this to him. But for Rubbo, managing director of Australian booksellers Readings, the Borders downfall signalled a new beginning: the long, hard battle he’d been fighting had been won.

We meet at his flagship store in Carlton, to discuss what makes Readings one of the best bookstores in the world. That’s not necessarily hyperbole, either: on Wednesday at the London Book Fair, Readings won International Bookstore of the Year, a category open to all stores outside of the UK.

Readings certainly looks the part: moving inside from the cold, bustling Lygon Street, the shop is flooded with warm light, and the kind of thoughtful quiet you can almost smell. The sounds of rustling pages and gentle footsteps weave through the aisles, as customers and staff exchange book tips in hushed voices. As Brigid Delaney wrote in February, there’s nothing like a local bookshop.

Rubbo has managed Readings since 1976, when he took the seven-year-old business over from Ross Reading and his wife Dot, and their business partner Peter Reid. Rubbo worked down the road at the time, at Doctor Longhair’s Music Shop, which he co-owned. “I’d buy books from them, and they’d buy records from me … And then one day Ross said, ‘We want to move up the country and grow organic almonds, and build a mudbrick house. Would you like to buy our bookshop?’”

The book business was booming and Readings soon expanded, moving to larger Lygon Street premises in 1983 and again in 1998, when it landed in its final home at the former Commonwealth Bank building. But in 2003, crisis struck: a Borders brazenly opened up directly across the road.

Rubbo was shaken, but determined. “Borders say they can grow the market, but that is just self-serving nonsense,” he told the Age at the time. “They take business from elsewhere.”

The community battle that ensued has gone down in Lygon Street folklore as the district’s David and Goliath. Book lovers rallied around the independent store and boycotted the behemoth, and the local students eagerly threw their weight behind the cause: there was a performance art protest, the burning of a George Bush effigy, and even a solemn campaign slogan: Livres sans frontieres, or Books without borders.

One version of history has Rubbo taking a “homicidal” interest in his competitor, running a community “Border patrol” that would survey the pricing and promotions at Borders, reporting back to him every second day. But Rubbo is more circumspect about his own involvement: “It was their [the community’s] battle; they wanted Readings to survive, and Borders not to.”

Locals flooded Readings, buying new books at full price that were being sold at heavy discounts across the road. And eventually, the little guy won: to cut costs, Borders sold its Australian entities to Angus & Robertson Whitcoulls in 2008 – and the Lygon Street shop shut its doors in 2011. “Our biggest year was when Borders closed,” Rubbo says. “We got a huge onflow from that!”

The bookshop has weathered the digital storm since then, adapting with the times. As CD and DVD sales declined, the vinyl section in Carlton has expanded – and along with the books, magazines and literary journals, Readings sells the usual assortment of games, cards, colourful stationary, and clip-on book lamps.

So far, it’s worked. The Lygon Street store is now one of five branches, with a new children’s bookshop in Carlton set for June, and a new branch opening in Westfield Doncaster in July. “I got a bit confident,” Rubbo laughs, of the “unusual” move to a mall. “I’m sort of hoping that we’ll change the shopping centre, rather than the shopping centre changing us. But maybe that’s wishful thinking.”

Westfield is certainly a strange bedfellow for the bookshop, which has an anti-corporate streak built into its narrative. Readings prides itself on reflecting and supporting the communities around it. The Carlton store began renting out space on the local noticeboard it has kept since its early days, for instance, donating the fees to local schools. In 2009, this small venture grew into the Readings Foundation: an organisation which receives 10% of the company’s profits each year, and distributes them to projects that support “literacy, community integration and the arts”. So far, the foundation has contributed more than $700,000 to the community.

“You’ve got to foster a relationship with your readers, and that’s what we’ve tried to do,” Rubbo says. In 2006 the bookseller was awarded a Medal of the Order of Australia, for his service to the community and to Australian literature; and in 2015, he won the Lloyd O’Neil award for service to the industry at the Australian Book Industry awards. “I think we’re really clear about what our objectives are: promoting Australian writing and good writing, without trying to be elitist in any way … We want to help books and writers succeed.”

To that end, Readings now run two prizes – for adults’ and childrens’ books – along with a book blog regularly updated with reviews, and a free monthly print publication written mostly by the staff. They program launches, events and readings as well, which have seen appearances from the likes of Helen Garner, Martha Wainwright and Peter Carey – and, on one illustrious occasion, Patti Smith (“The best one we ever had,” Rubbo says. “But I probably shouldn’t say that.”).

In an official statement from the London Book Fair on Wednesday, the judges of the International Excellence category praised Readings for “its community outreach, support of Australian authors and its help for non-profit organisations working on literacy initiatives”.

But I get a more colourful statement from Readings regular Dobe Newton, who bursts in on our interview among the aisles to shake Rubbo’s shoulder in congratulations: “Oi, mate! Where’s the sign in the window? I thought you’d have it up already!”

Newton is the lead singer of the Bushwackers, Australia’s “best-known, best-loved bush band” who celebrate their 45th anniversary this year. Standing at the travel section, he looks exactly as he should – scruffy hair, distressed denim and a face full of stories. He’s been buying from Rubbo for over 40 years, and is well-placed to explain why Readings can count itself as one of the best bookshops in the world.

“It hasn’t changed at all. I’m serious! It was always run by people who were passionate about it … And if you can preserve that spirit, without compromising it, then here you are – you’re an overnight success, mate!” he says, slapping Rubbo’s back again. “It’s also a bloody good bookshop too, of course – but if you haven’t got that [spirit], then you haven’t got anything; the reason these people are here is because they love books.”

Before he goes, Newton leaves Rubbo with a plea, one no doubt shared by the rest of the regulars. “Now that we’ve got a witness in place,” he begins, gesturing at me but looking wryly at his friend: “If you are ‘the world’s best bookshop’, there would be absolutely no prospect of raising the prices, I imagine?”

“It’s out of our control!” Rubbo merrily replies.